There was a deal of road walking on this leg of the journey.

Here are predominantly photos as the notes app on my phone failed and all were lost despite it promising to back-up. Aim: to find a way to reinstate it!

Walkers, be careful soon after leaving Zamora, because there are arrows off to the left to the Portuguese camino!

The owners of the private hostel Tio Bartolo also have a bar and work at the Covitan supermarket where you get the keys. It looks good in the photos and was recommended by the hospitaliere in Zamora, but I picked up some sort of infection walking barefoot on their floors. There were two American women and myself in the large dormitory under the roof, and we huddled in our beds and in our sleeping bags (there were blankets available). The weak, free-standing heaters which the landlady found us because all our clothes were wet, shorted the electric circuit and anyway, when the husband discovered she had given them to us (because he had to come and switch things back on) he shouted and swore and took them away. There were people in the small rooms downstairs who paid much more than we did (15 euros including breakfast which was left in the cupboards by the long-suffering wife and was not up to much at all).

There are many facilities in Montamarta including a municipal albergue which had been shut for a while and opened the night I was there, but I had been told it was closed so didn’t try to find it. It is now rennovated and had good reports from the people I spoke to the day afterwards. There were two others mentioned in my book – El Bruñedo and El Asturiano – neither of which were open.

I had decided to go to Montamarta because otherwise it was a very long day (33 kms I think) and the pains I had been having in my feet dissuaded me from such a trek. I found a bar that wasn’t owned by the proprietor, on the main road, and charged my phone. The waitress was very kind, but it wasn’t somewhere I could stay long.

That was a really low few hours, and I used Facebook to send out a message to my friends, ‘Should I just go home?’ Some said yes, some no! I kept on going. And you know what? It got a whole lot worse the next day – in a different sort of way!!

‘But my business is unlearning, not learning, and I’ll change with the world but I won’t change it.’ from Ursula le Guinn’s Left Hand of Darkness.

I have lost all my notes for this week and there are a lot of photos for 8th April so there are few words.

The sun rose on my right. It lit up the lush fields on my left as if it was a different time of day there. 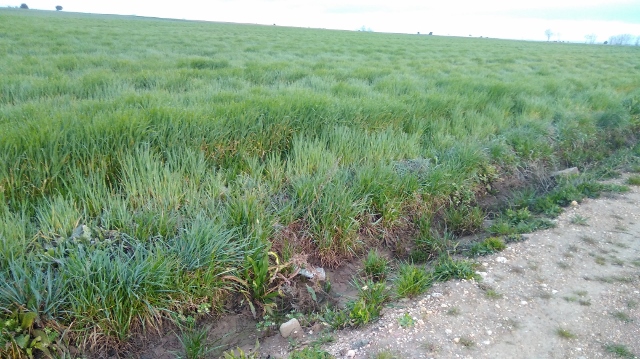 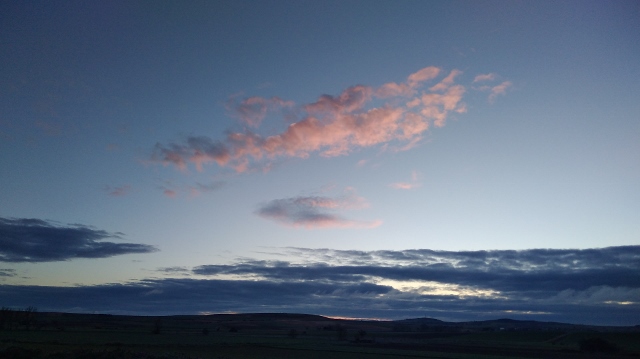 Calendula (marigolds) and roses in full flower in San Marcial. Red and white cycle path signs reminiscent of the Grande Randonnee in France. 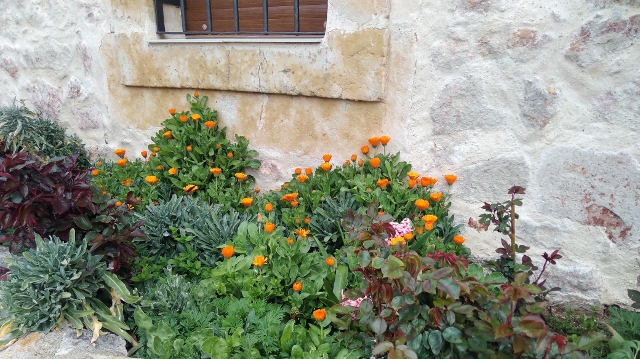 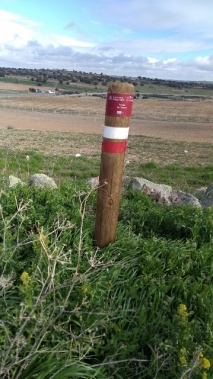 Coming into the city of Zamora (‘The pearl of the 12th century’) along the River Duero, close to the border with Portugal in north-west Spain. 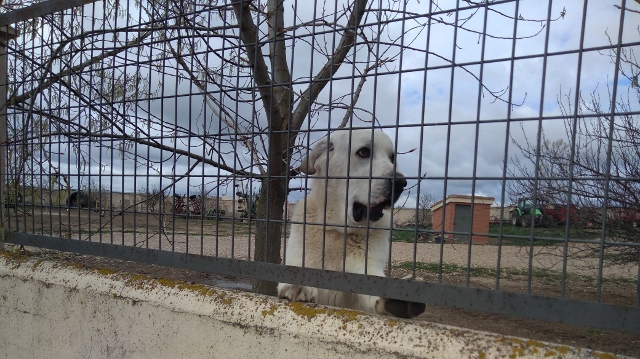 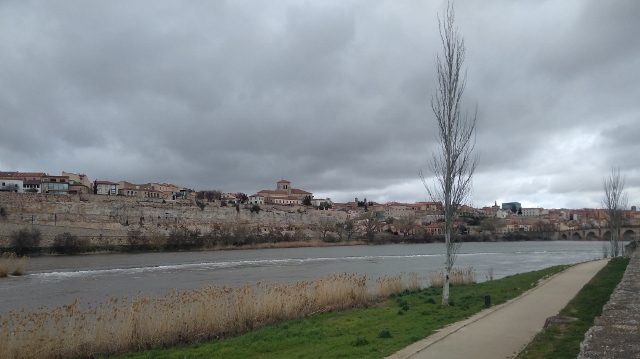 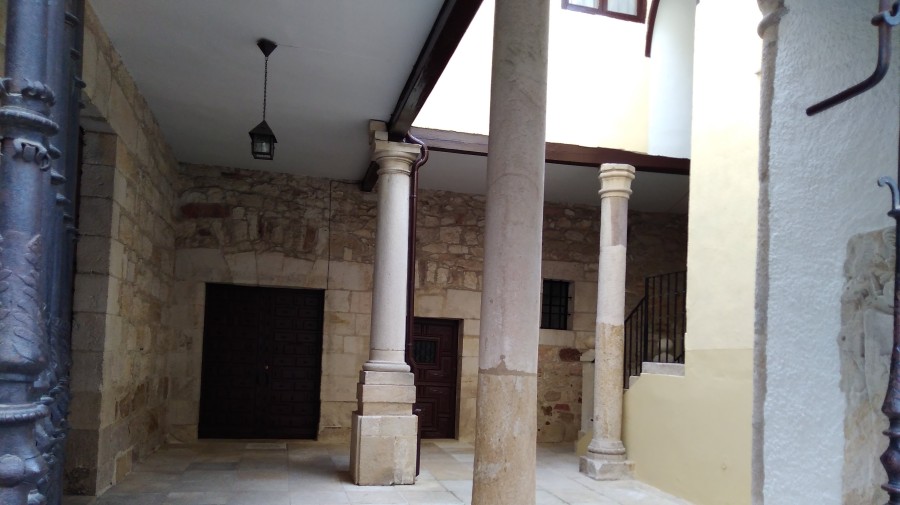 Later there was a queue of us waiting at the allotted time and, unexpectedly, it hailed hard. There was only a tiny ledge for everyone to huddle under and not enough space for the luggage, so in five minutes the rucksacks, boots, everything was soaked.

The hospitalera was most hospitable (sorry!). She was a fountain of knowledge having worked there for a long time and she was clearly in her dream job – loving chatting and finding out where we were all from. She had great English and knew what we needed. There is a fantastic kitchen and Marie Noelle had been before us, messaging me to say that she had cooked meals for the Seuil men – one vegan for E and the other with meat for the growing lad. I was very lucky that they shared it with me – a veritable feast.

His work is in a dedicated gallery (free entry) beside the Castle and also scattered around the grounds nearby.

I highly recommend Zamora as a tourist destination. 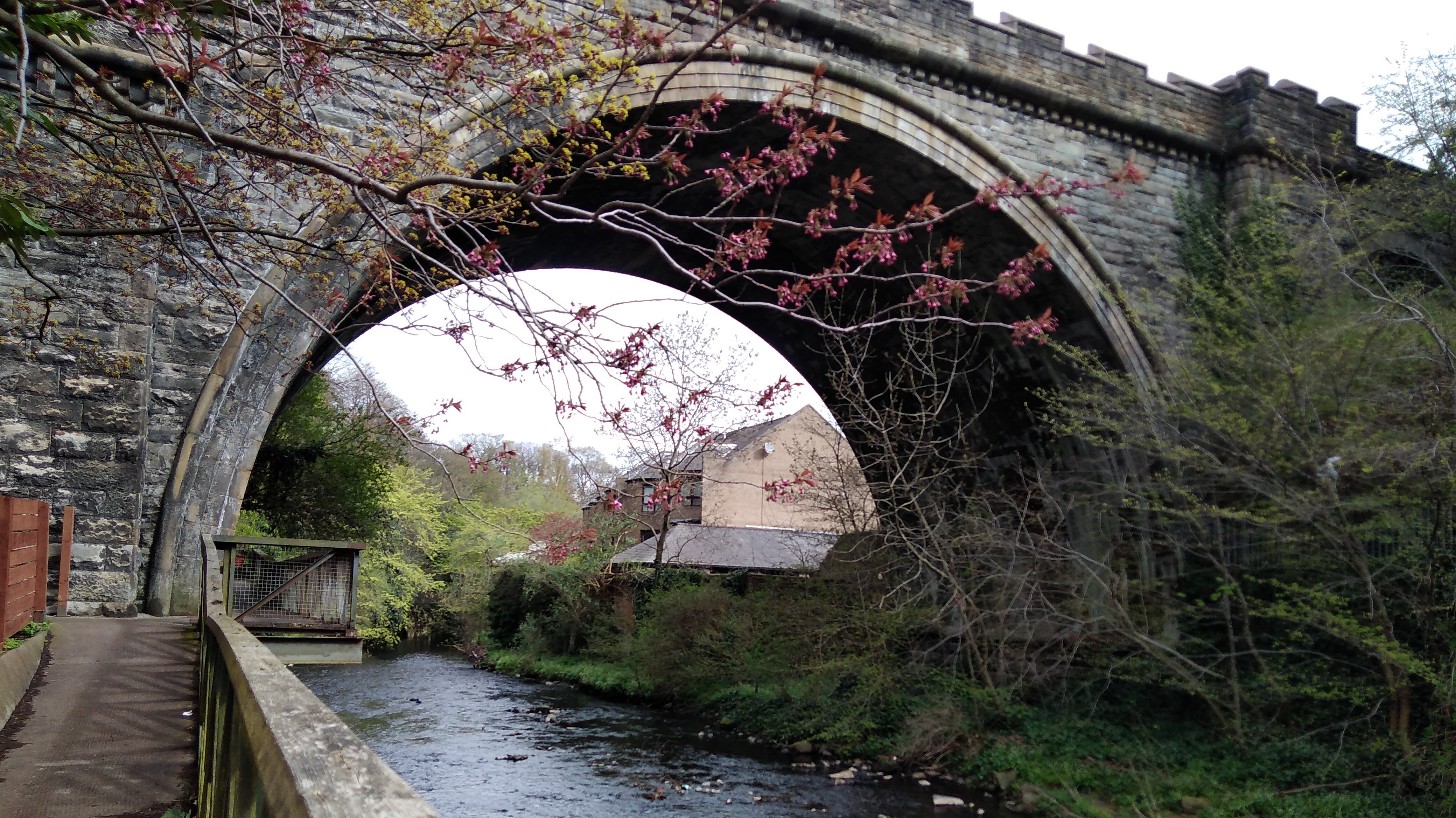 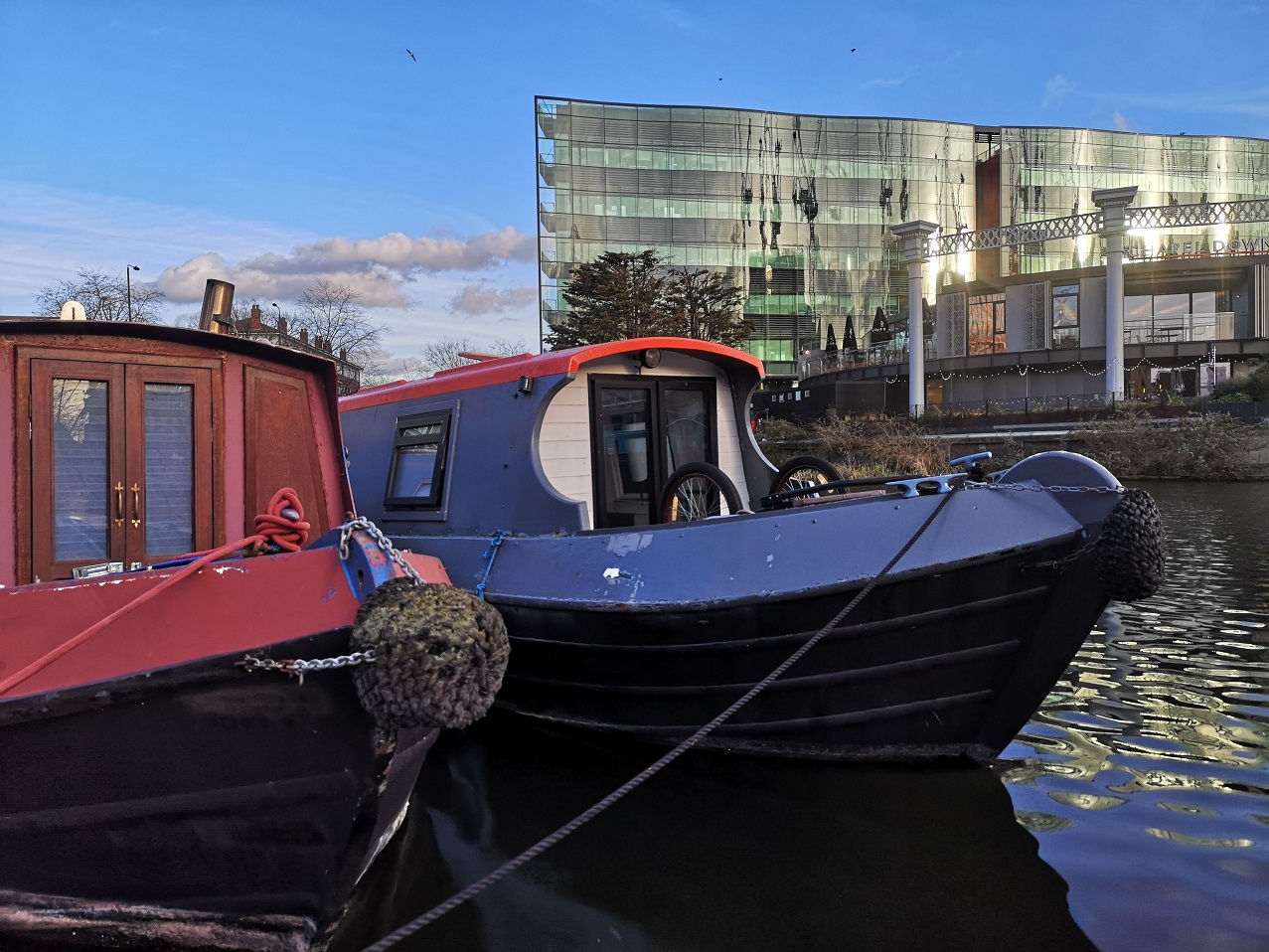 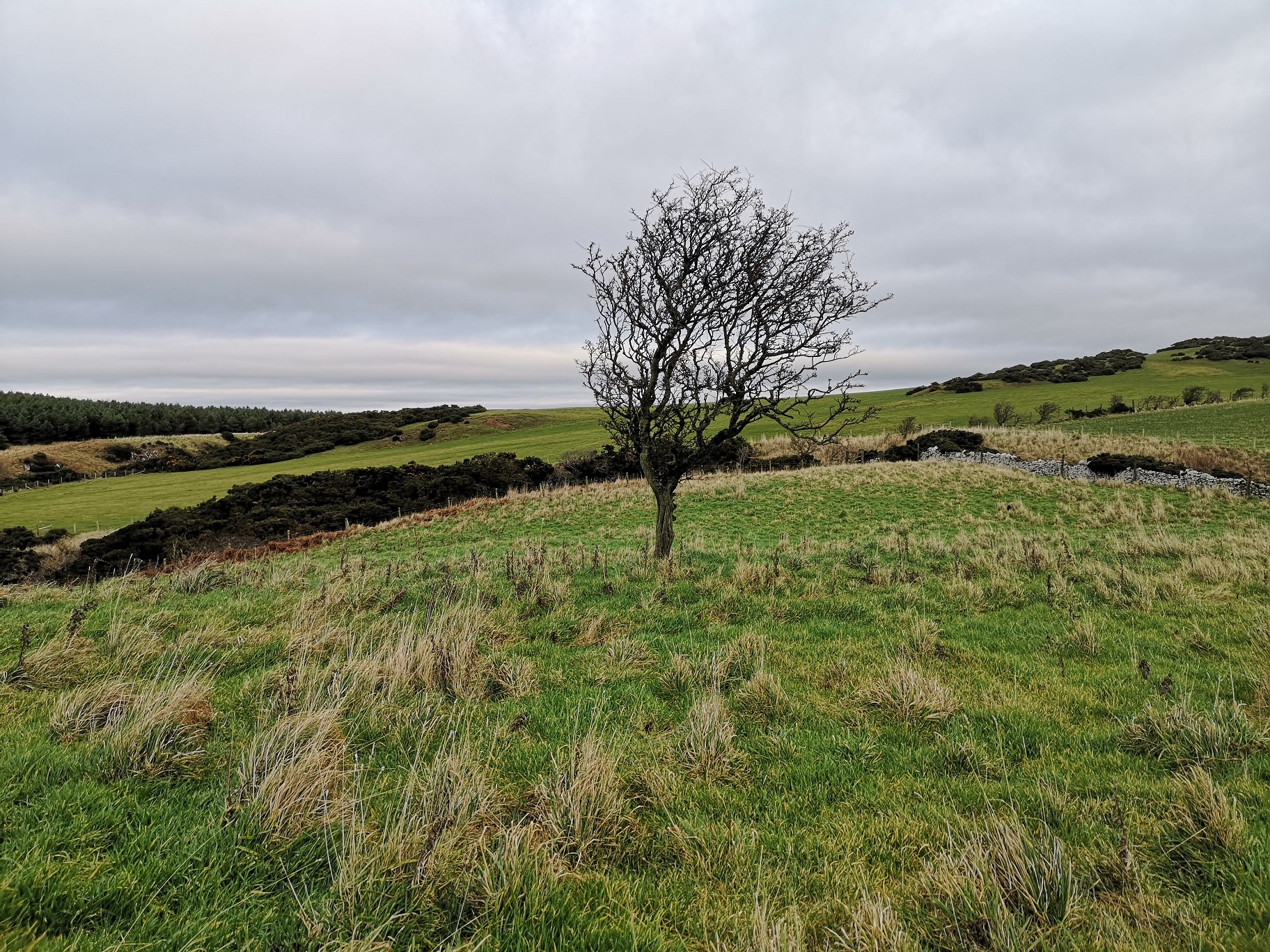 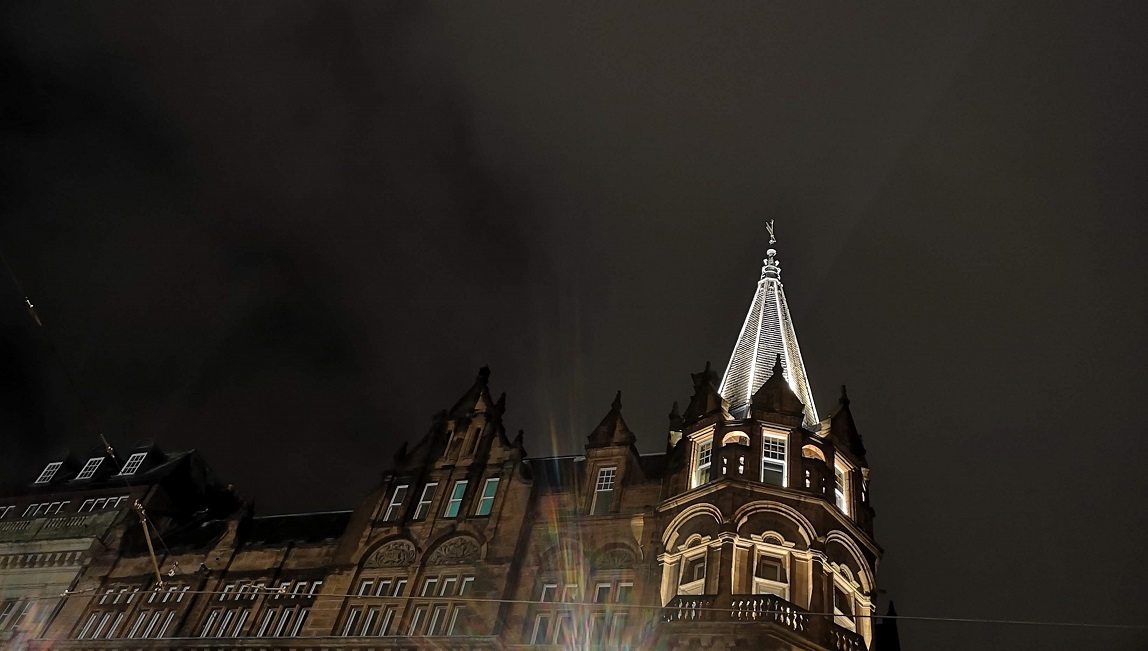 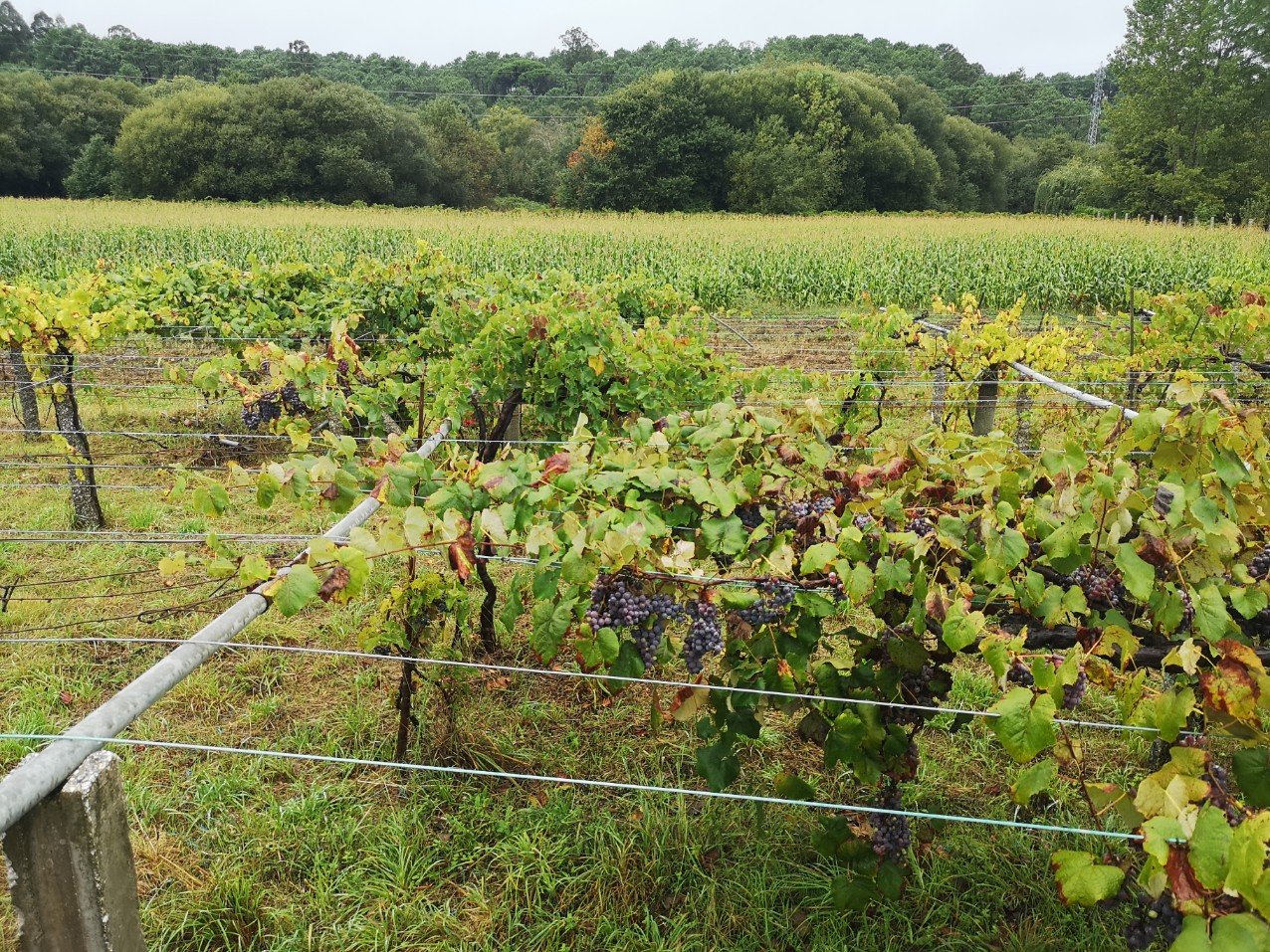 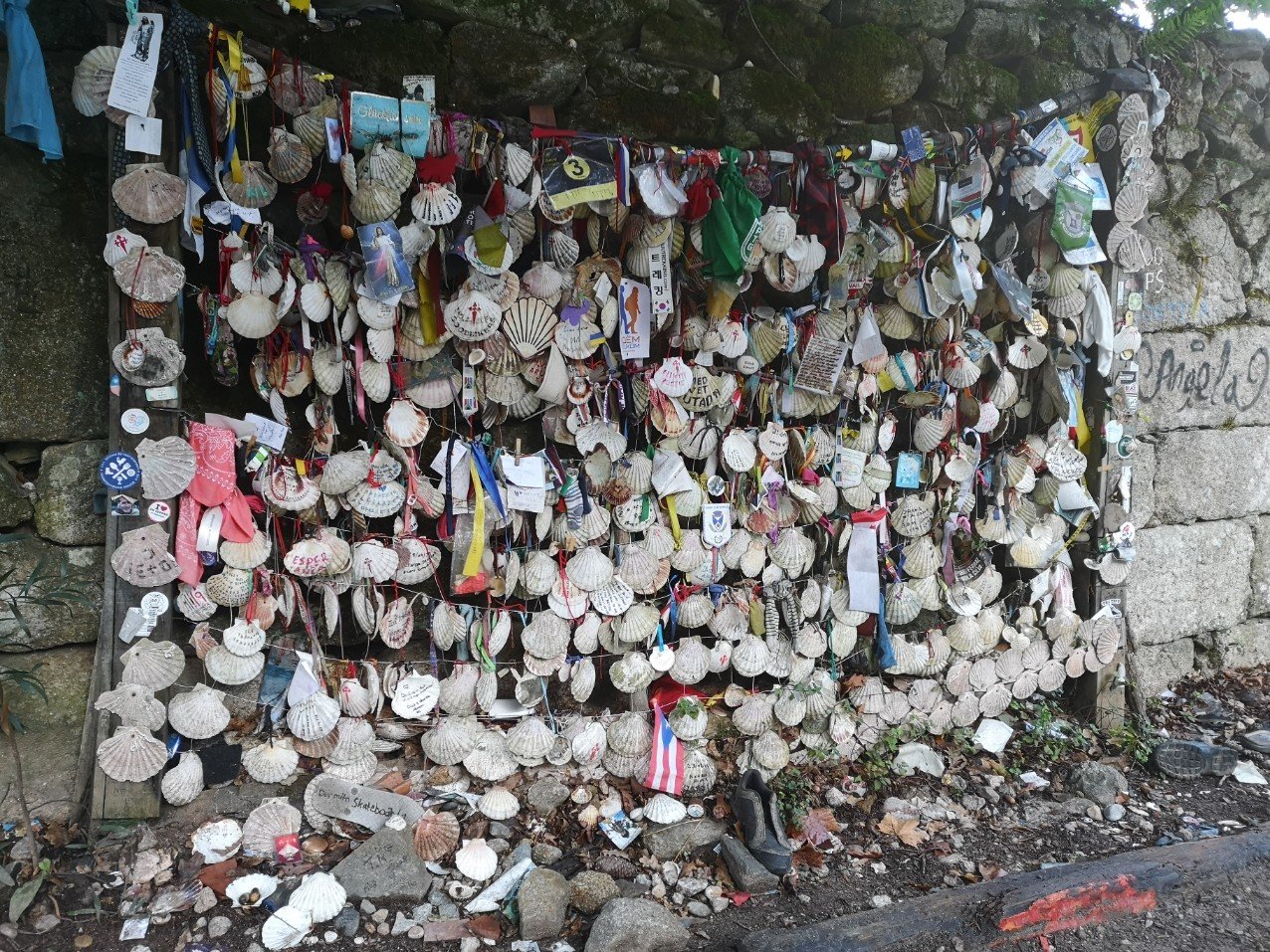 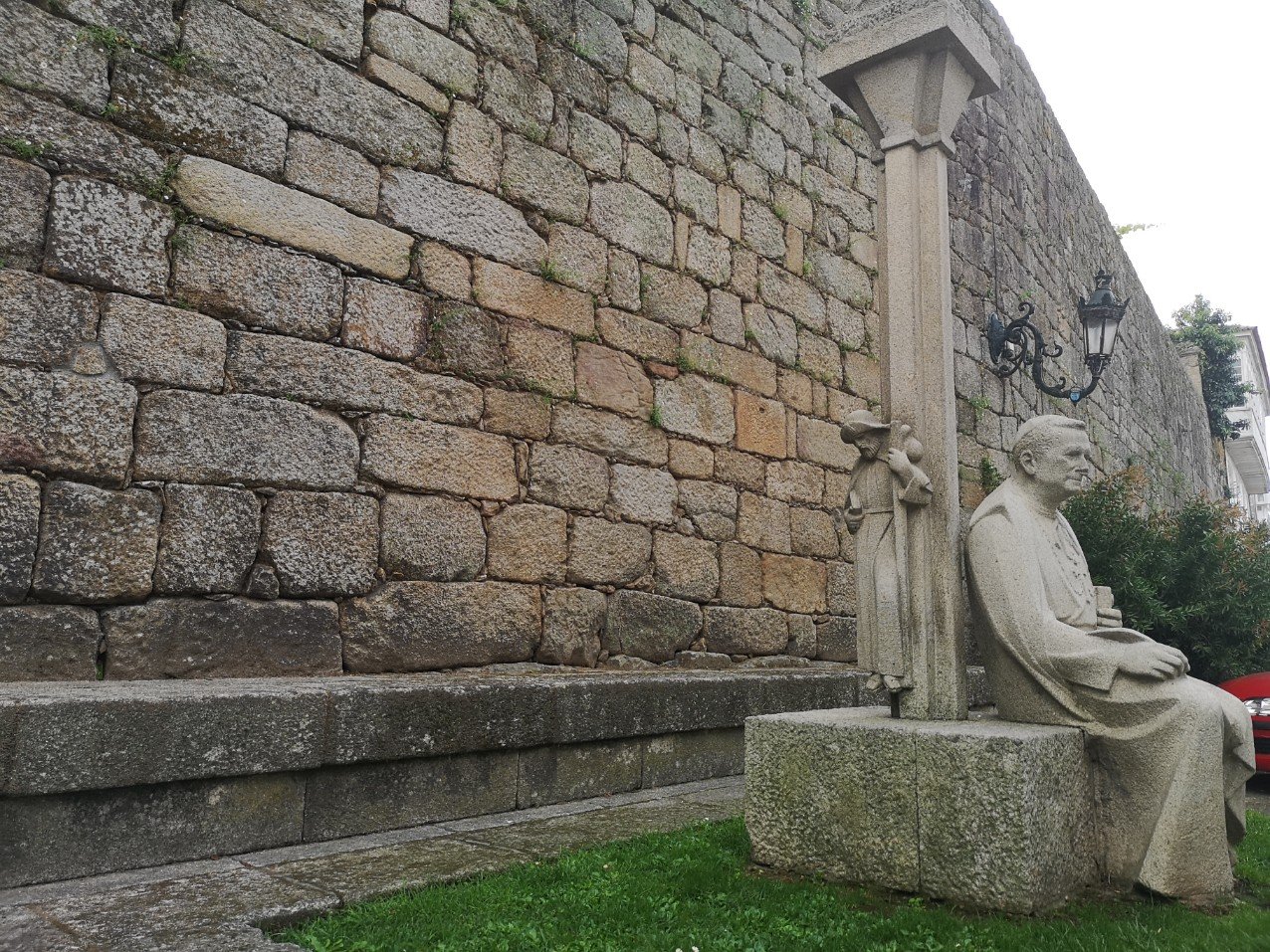 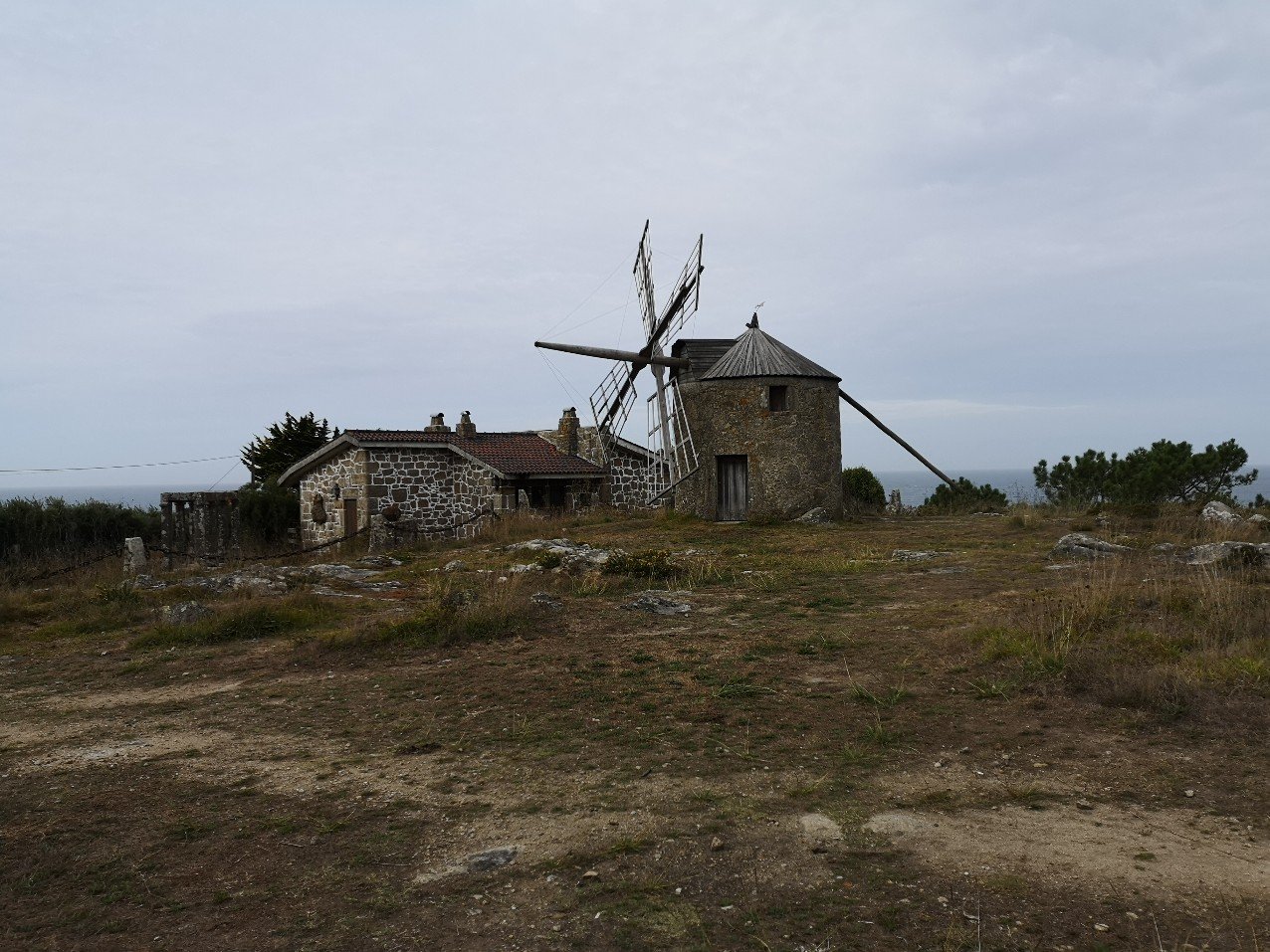 Vila do Conde to Viana do Castelo: Camino Portuguese 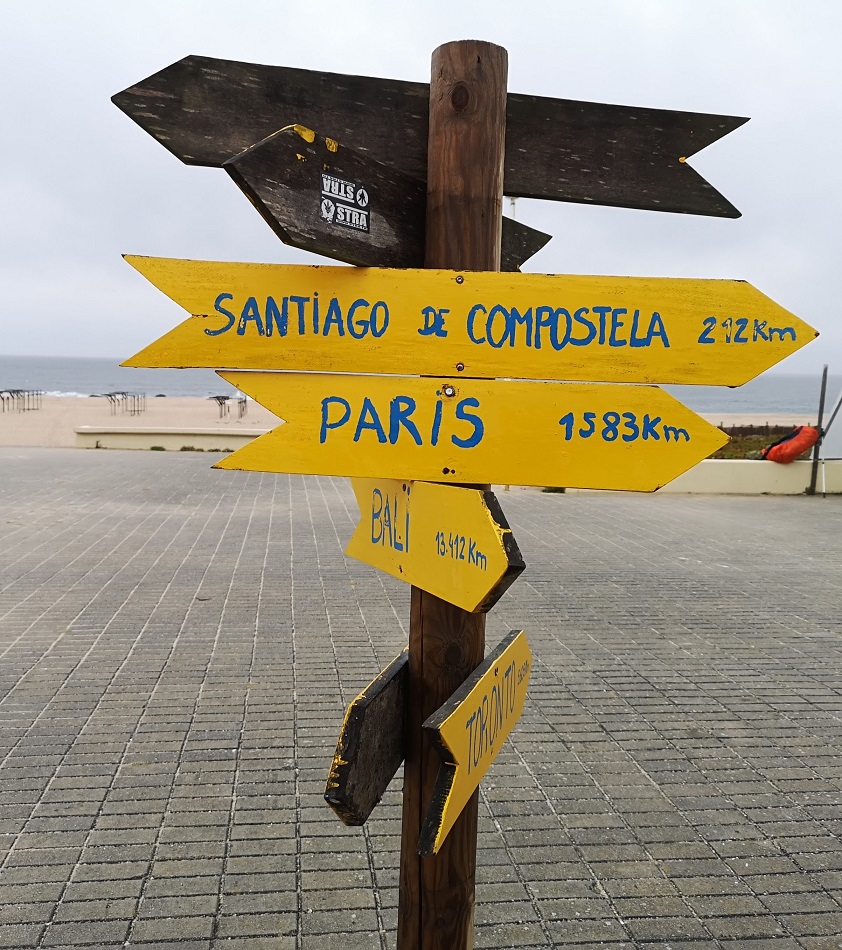