Walking this Camino was a prize for the long year I had spent writing my first book and the exciting but stressful dash to submit the manuscript to the publishers by the end of August. I had sat down – researching, typing while travelling – and eschewed long distance walks for that reason. Today, as I was ambling along, I realised that there was now some space into which a new project might come – and it came! The great Camino de Santiago forum is absolutely chock-a-block full of interesting information about pilgrimage in Spain and elsewhere. There is a mind boggling amount of collective knowledge in it, submitted by enthusiasts from all over the world, and when I am on the road I often consult it for hostel information, path directions and more. My searches the previous evening had led me to interesting topics related to my previous explorations and that then trickled through my mind as I made my way towards Redondela. Walking is such a great way to allow those creative thoughts to flourish!

Food and Wine on the Portuguese Camino

What, you may ask, can a vegetarian eat while walking the Portugues Camino, when meat is such an important part of the local diet? You can usually find eggs and vegetables (though they are often cooked rather longer than we might do them in the UK) and of course salad galore, though if we are walking out of season we might find we are served the packaged iceberg which is familiar back home. What we can never eat unless we beg at someone’s front door (no, I haven’t done this myself!) are the wonderful tall greens which so many grow in their front gardens, but which are not to be found, not in local shops, supermarkets or restaurants.

So, look out for Padron peppers (very small and grilled ones which are not really from Padron, but more of that in another blog), caldo verde (warming cabbage soup) which is usually not made with a meat stock but check, and also be careful that they don’t garnish it with sausage; bread and olive oil of course; roasted chestnuts (see below); and you most definitely can eat pastel de nata (the most delicious bijou custard tarts) as long as you are not vegan because they have eggs in them.

Conventual deserts: Traditionally, eggs whites were used in convents to starch the priest clothing and the nun’s robes. Left with the egg yolks and time to kill, the nuns had to get creative. Making the most delicious and famous desserts became a tradition in Portugal.” From Authentic Food Quest

If you are pescetarian (that is, you also eat fish, but not meat) you will have no trouble because Portugal is well known for sardines (although very attractive, don’t buy the smartly decorated tins as they are many times more expensive than the ordinary ones – make sure they are Portuguese) in the smaller shops or supermarkets); bacalhau (salted cod fish – variable, some stupendous, some just salty), octopus (pulpo, see above) and other delicacies from the ocean.

Finally, these stages of the Camino Portuguese are close by the Soutomaior, one of the sub-regions of the DO (denominacion origen) the vineyards of the high-quality, light-bodied white Albarino wine, produced by the Rias Baizas.

Because the room opened straight into the middle of the town, it was extremely loud with revellers late into the night and early hours of the morning.

This was a good day despite my foot /feet still hurting. Such wonderful scenery and sun! That’s why I love to walk like this – to be in nature, to be surrounded by beauty, to be amazed, step-by-step.

I left just after dawn, the lights still on under the aches of the bridge.

Saturdays are very busy days on the Camino with cyclists and local walkers as well as those who are making their way to Santiago de Compostella.

The Puente (Ponte) San Piao: ‘It is here where a decisive battle for Spain’s independence was held against Napoleon’s troops in 1809 which ended the five month French occupation.’ from Santiago-Compostella.net

The final stage of this day’s walking through the Valley of Tomeza and Salcedo, took me through a riparian area (a wetland by a river). The ground is peaty in places (as in Scotland – there are many connections between Galicia and Scotland), moist forests of alder and willow, oak, ash, birch, chestnut, brambles (blackberries) and even cherry blossom (Prunus padus or Cerdeiro de acio in Galician) and hops can be found (as in my native Kent). The sign said that the presence of otters is a sign of good water quality. It certainly looked bubbling and clear, but sadly, I didn’t see an otter.

This last part was particularly gorgeous – green, verdant and peaceful apart from the trickling water and birds chanting around me.

Accomodation: The previous evening I had come across an air bnb called Casa A Grade online and tried to find out if there was a space, unsuccessfully. I had even phoned and the woman said they did not have any single beds. Well, as I was walking through these wonderful woods, there was a hostel sign. I crossed the quaint bridge and wound my way through what turned out to the the end of the garden. There I came across a plunge pool glittering in the hot sun and it was the same place. And they did have a single bed for me! 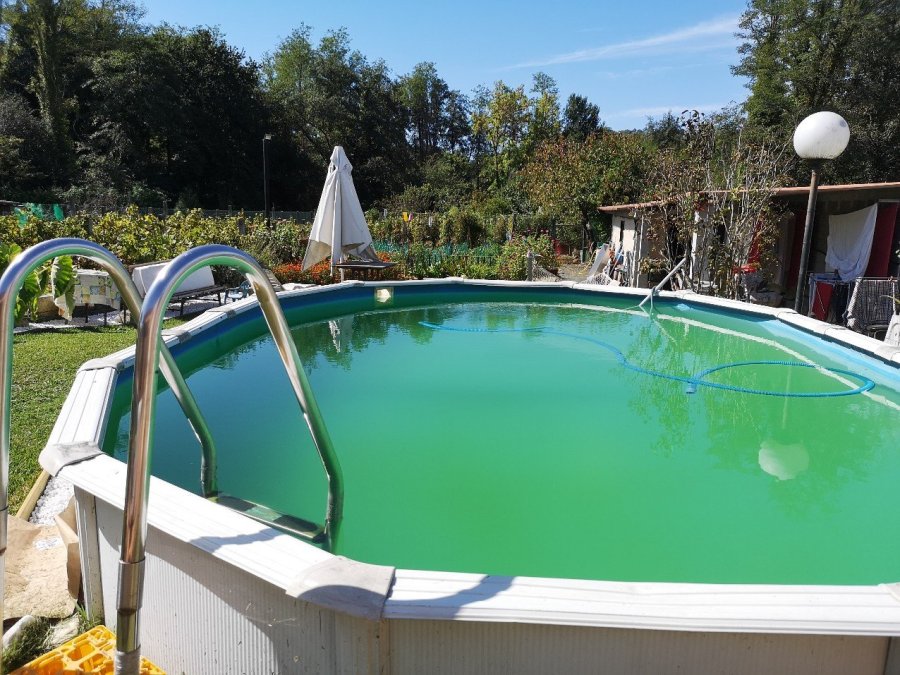 I lay in the garden, dipped into cool water, washed and hung out my clothes (which dried in the scorching sun), bought vegetables from their garden plus bread and prepared food for the evening meal. Breakfast was included in what i think was the 25 euro price. All the beds were full – a family room was taken by a mother and father who were accompanying their daughter to a Rhythmic Gymnastics competition – she was a champion), and 4 singles (2 pilgrims and 2 holiday makers) along a corridor and separated by curtains. There is one bathroom and everything was clean. The owners were very friendly and helpful.

Finally, it was only 40 minutes into Pontevedra, but that was another day! 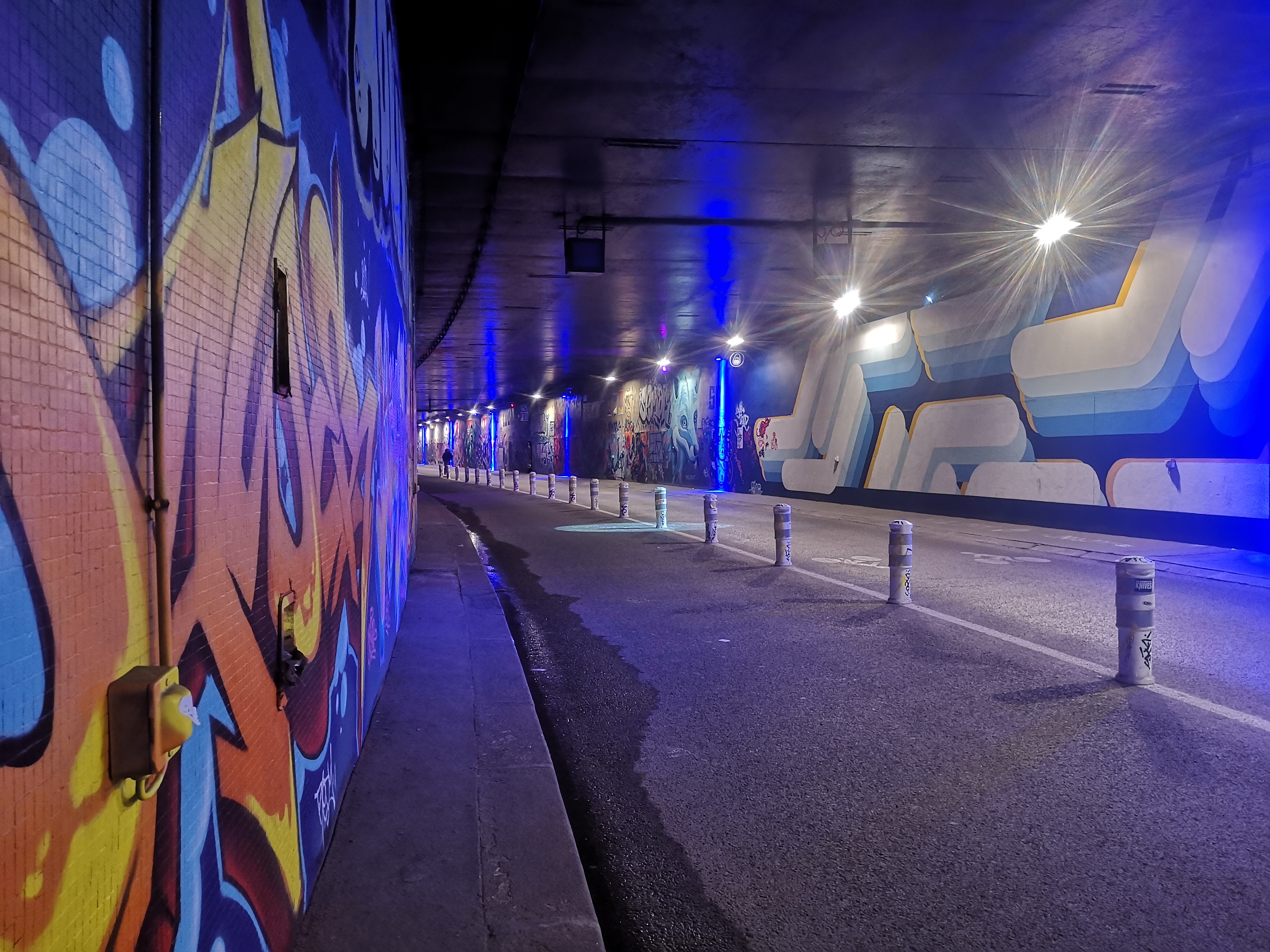 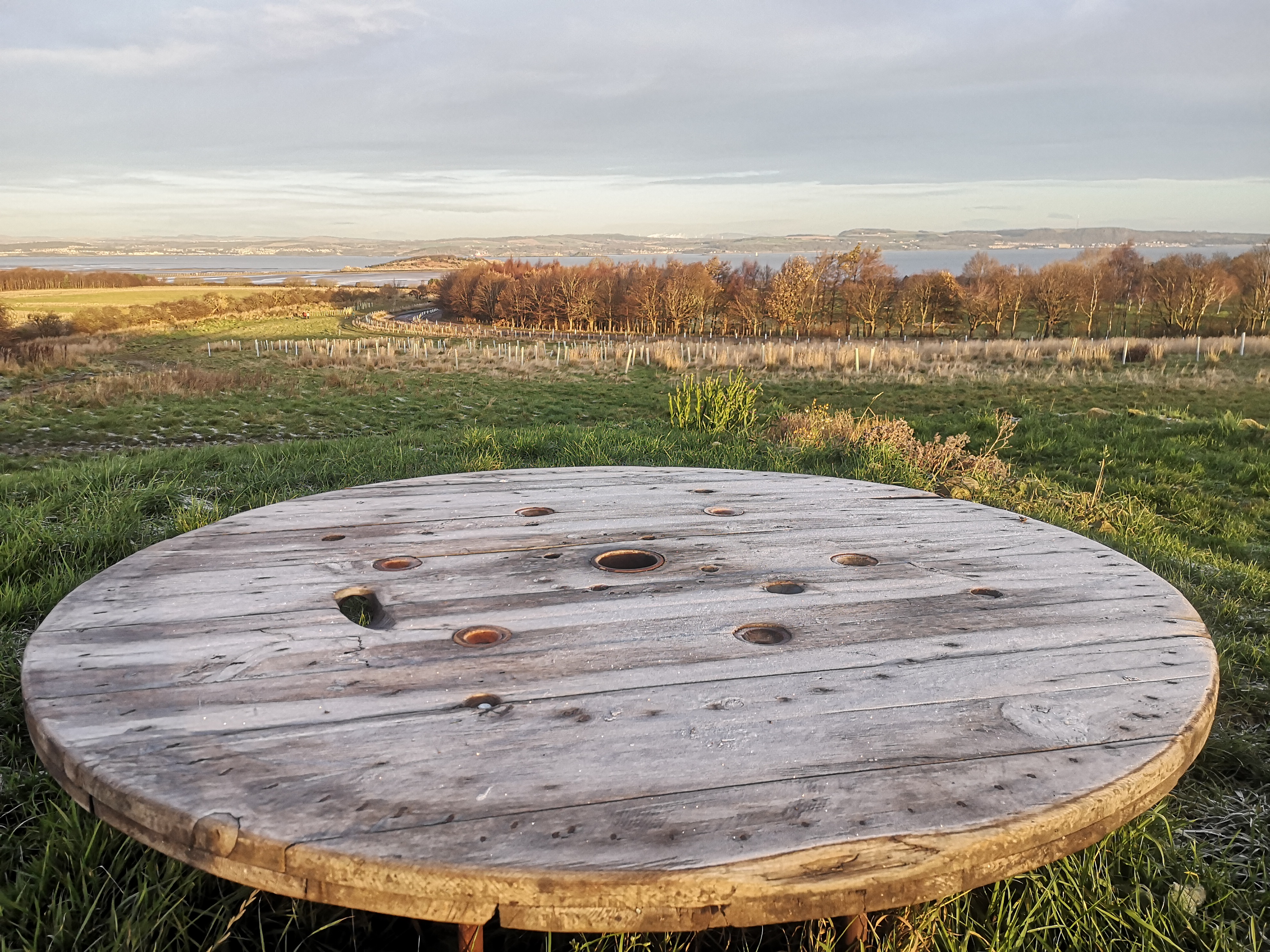 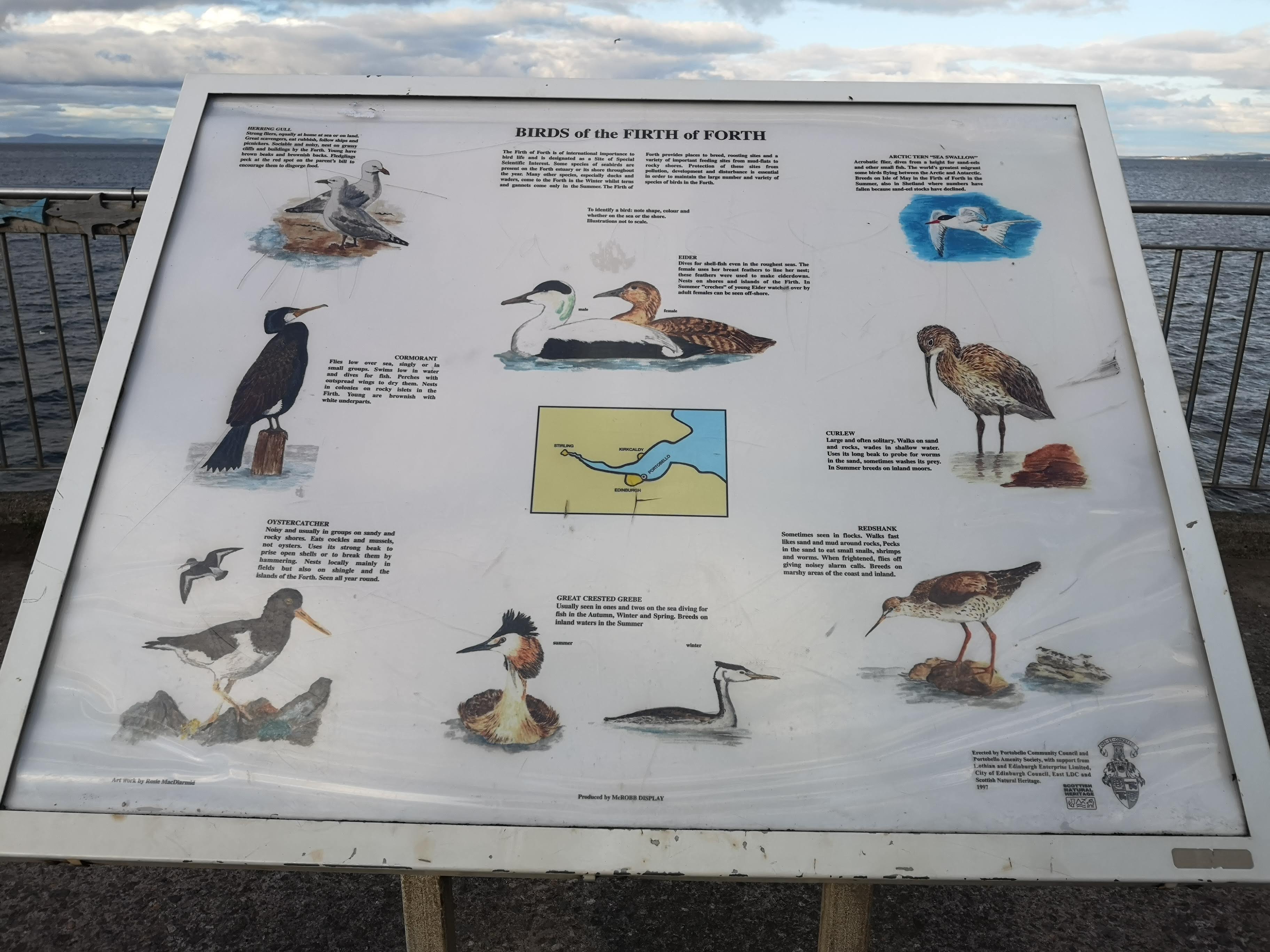 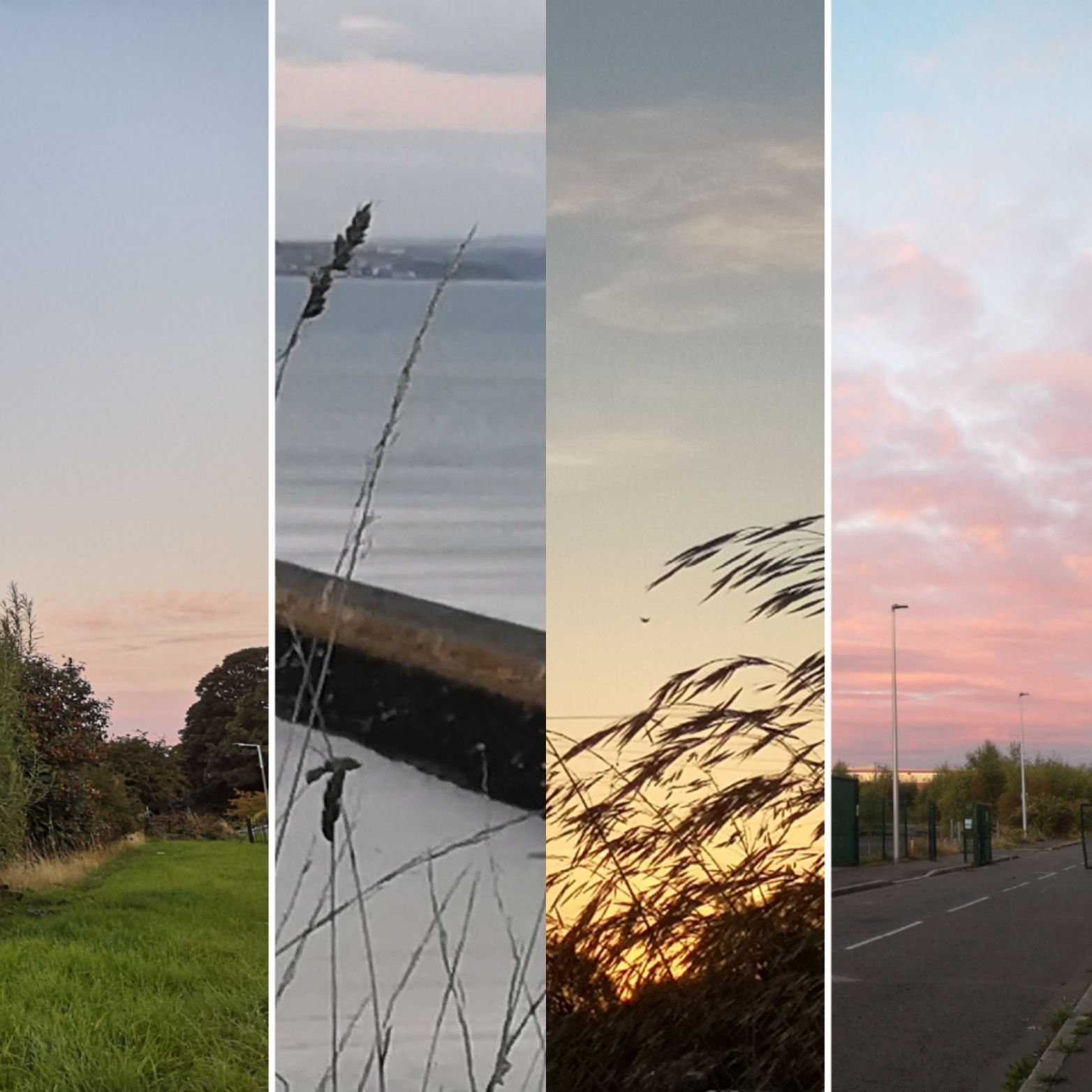