Via Sacra pilgrimage from Vienna to Mariazell, Austria. 10th October 2017. Day 6. The second half of Stage 3.

On foot with my backpack. It was 6 hours of spectacular climbs, rushing rivers, scary footbridges, and astonishing views, all in sparkling Autumn surroundings.

Route: Türnitz (Gasthaus ‘Goldener Lowe’ where I spent the night and had breakfast), 2.5 hours to Falken Ravine, then Ulreichsberg, Ebenbaueralm, and Annaberg.

‘If we are peaceful, if we are happy, we can blossom like a flower, and everyone in our family, our entire society, will benefit from our peace.’ Thich Nhat Hanh. 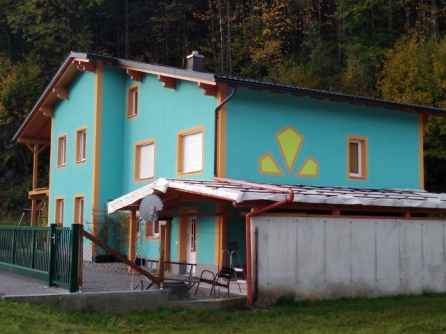 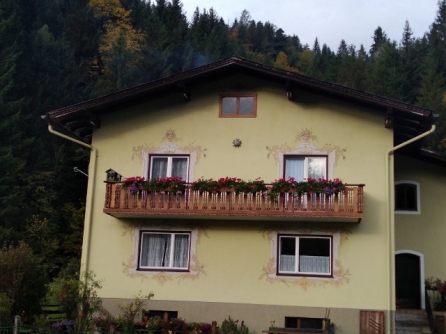 As I left Türnitz at 8.15am with its prettily decorated houses, I was minded of some early reads which have walking in them and which I still have a clear sense of. My mother read to us and gave us books throughout our childhood, and I am very grateful for the enjoyment she encouraged.  ‘Mary Jones and Her Bible’ was one I often returned to for some reason. Mary (16 December 1784 – 28 December 1864) was a Welsh girl who saved her pennies and then, at the age of fifteen, walked twenty-six miles barefoot across mountainous countryside to buy a copy of the Welsh Bible because she did not have one. I think it was her determination which impressed me, and it was a rare true story of a young girl’s strength.

Then there was ‘Heidi’ by Johanna Spyri. Heidi was another girl with spunk (though fictitious this time), who also lived in the mountains, not in Wales (UK) but in one of Austria’s many adjoining countries, Switzerland, where I was headed at the end of this trip. I had not thought about these tales for many years, but now I wonder what effect they had on me at an impressionable age.

I followed the River Traisen out of town and focused on the tiny lovely things around me: a small, darting bird, dark with a white throat; dams and pools with fish just visible in slow motion under the surface; tiny waterfalls; the sun on the back of my neck; a quarry creating a natural bathing pool; the water jostling and stressing in its rush; trunks and stalks blackened from the old year.

I was living a real life folk tale: First traverse the land…

…visit sacred places along the way….

… Ford the river five times (twice the socks and boots had to come off, 3 times it was a matter of balancing precariously on the tips of rocks which weren’t submerged and hoping I would not topple because once I start to go the weight of the rucksack takes me all the way!)

Carry your worldly goods on your back looking carefully for signs. 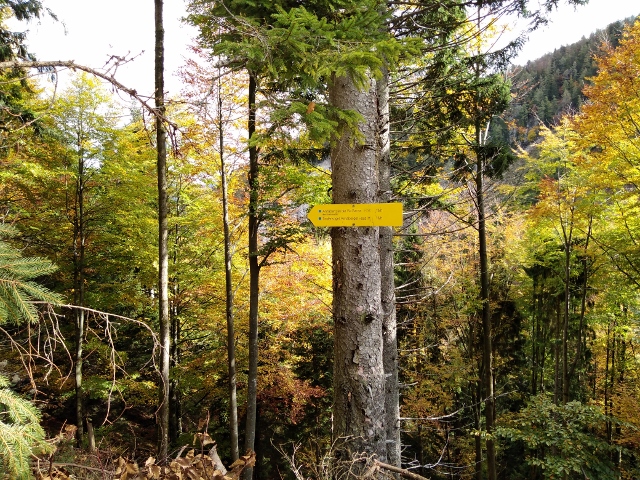 There will be obstacles on your path. 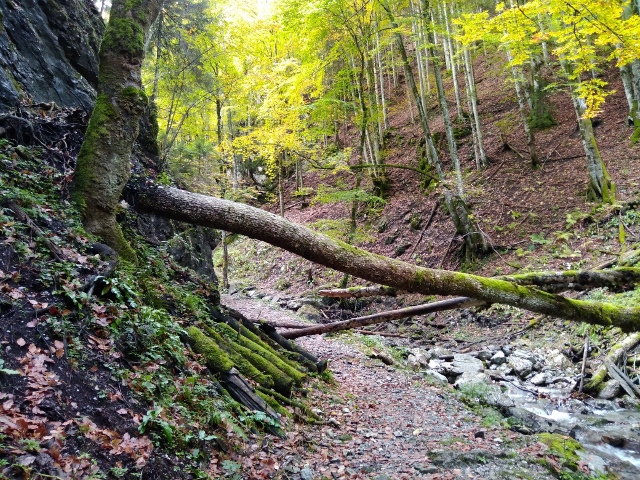 Finally climb the Three Sacred Mountains (this is truely what they are called) and only then will you…. what? Achieve enlightenment / win the heart of your true love / be forgiven? 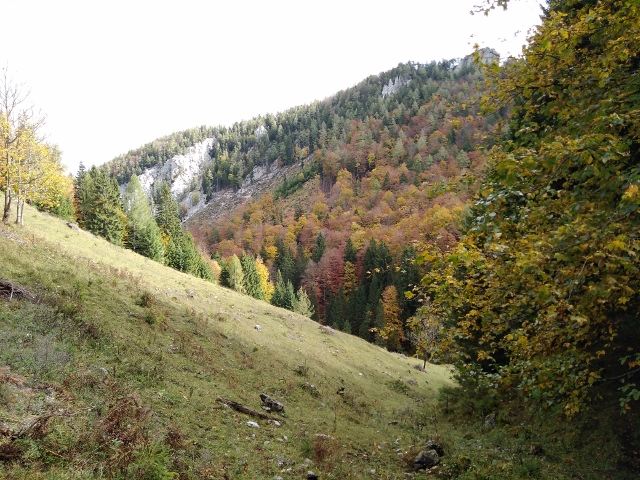 My heart sang as I watched the leaves meander to the ground which was itself glowing golden and bronze; as I observed the white waters cascade and crash between dark green rocks.

As I hike, I am constantly reflecting on what I am about, travelling through countries, going on foot wherever I can. Why am I drawn to this life? And I wonder if it might be that it is easier to do this in foreign countries rather than at home; in a place where no-one knows me and I seem to be easily welcomed. In Spain, for example, they said yes when I asked to stay, and let me sleep on the floor and then gave me an apple to take away with me in the morning. Simplicity. Nothing expected from me except human courtesy and attention, although I always offer Shiatsu.

I have an urge to do this, to keep on walking, treading ancient pathways, like The Sisters of Mercy, a non-cloistered institute where the ‘walking nuns’ cared for the poor outside a convent; or the blind practitioners of Anma (Japanese folk massage, linked closely to Shiatsu) ‘who were often nomadic, earning their keep in mobile massage capacities…. in the 19th century’ (ref. Wikipedia). It seems that another woman I read and re-read about in my childhood, Helen Keller, interceded on behalf of these practitioners after they were banned from practicing during the Occupation of Japan after World War II, and managed to overturn that edict.

As I climb higher, there are the deep blue mountains in the distance. I take one of those  videos entitled ‘here’s some of my silence!’

It was a steep descent out of the forest  and then a climb back up to Annaberg, perched high on a mountain of its own, where a funeral procession was reaching the Pilgrim’s church. In 1985 I arrived in a Sicilian mountain village by bus (many years before my walking days) in the middle of a wedding, and in Naples a week before I had almost interrupted an ordination ceremony for bishops in the only open venue due to the Holy holiday. However, this was the first funeral.

Most bars and cafes were closed for the village event and people were in traditional Austrian dress playing folk music. After a cup of green tea and a slice of cake, I made my way down the other side taking one of my short-cuts to save my tired back which meant crawling through undergrowth and squeezing under barbed wire – a bad idea which I do not recommend.

The Junges Hotel did not seem to have the booking. Strange. Until it transpired that I was not at the youth hostel, but at a much more expensive establishment next to the ski lift. As always I was treated with immense kindness. I was bundled into a van, and driven up the way I had just come, past the church again, and down (in fact only a small way from my original forest exit earlier) to the right place.

What a setting! Green slopes, grand trees, spire towering above in Annaberg.

There was no-one at reception although crowds of children played behind the building. I sat and waited and was eventually assigned my bed. The kitchens were full of preparations for the evening meal so I could not use them (although one kind man did pass me a flask of hot water over the counter). The wifi was intermittent, and what a lot of energy such large school groups create. As I was the only solo adult traveller and, moreover, in a dormitory of my own, they did not know I was there so in the end I had to ask them to quieten down in the corridor (2am), but they were very well mannered and friendly in response.

If you want the youth hostel, be careful not to go here by mistake: Junges Hotel, Annaberg. https://www.annaberg.info/beherberger/a-junges-hotel-annaberg 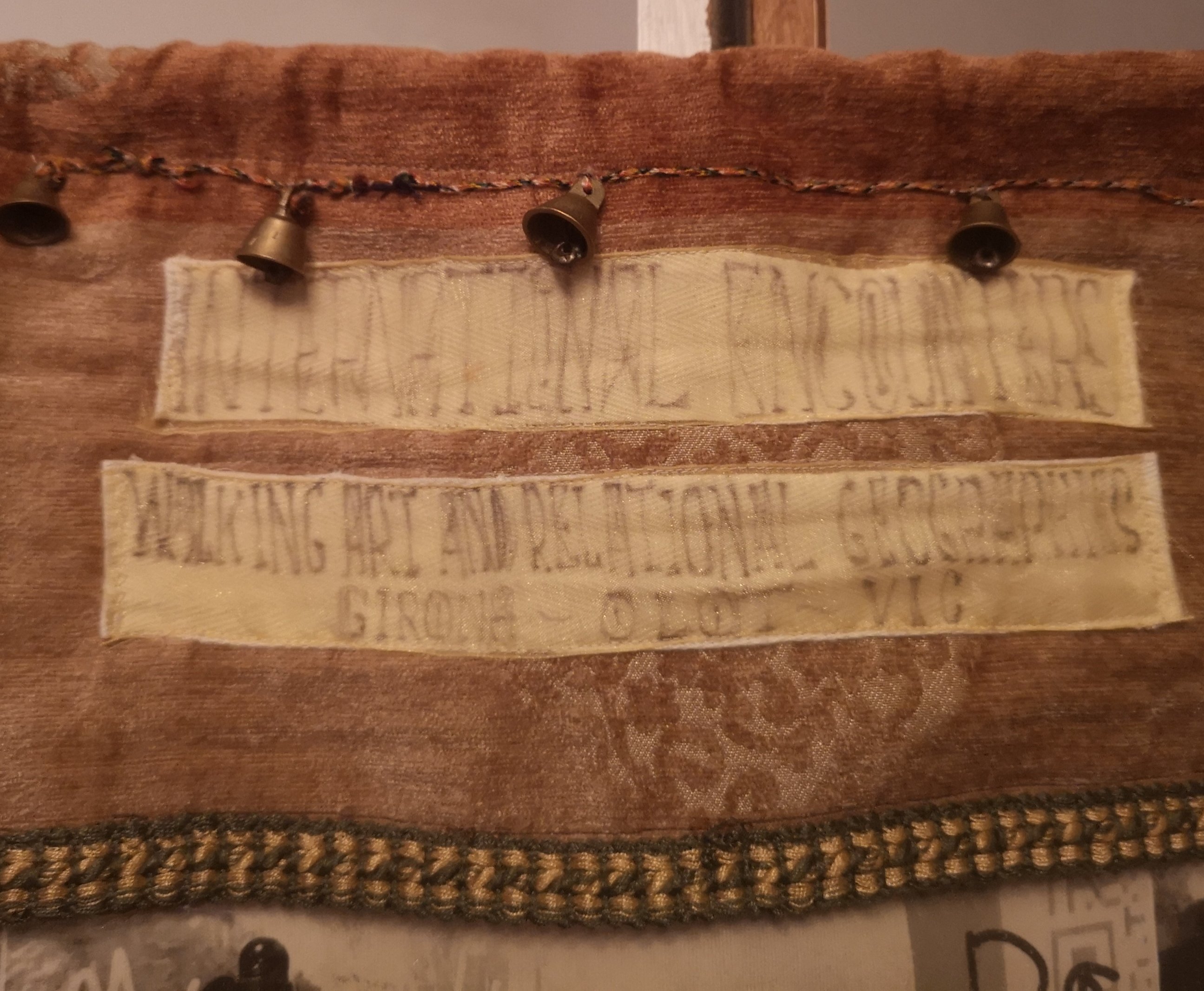 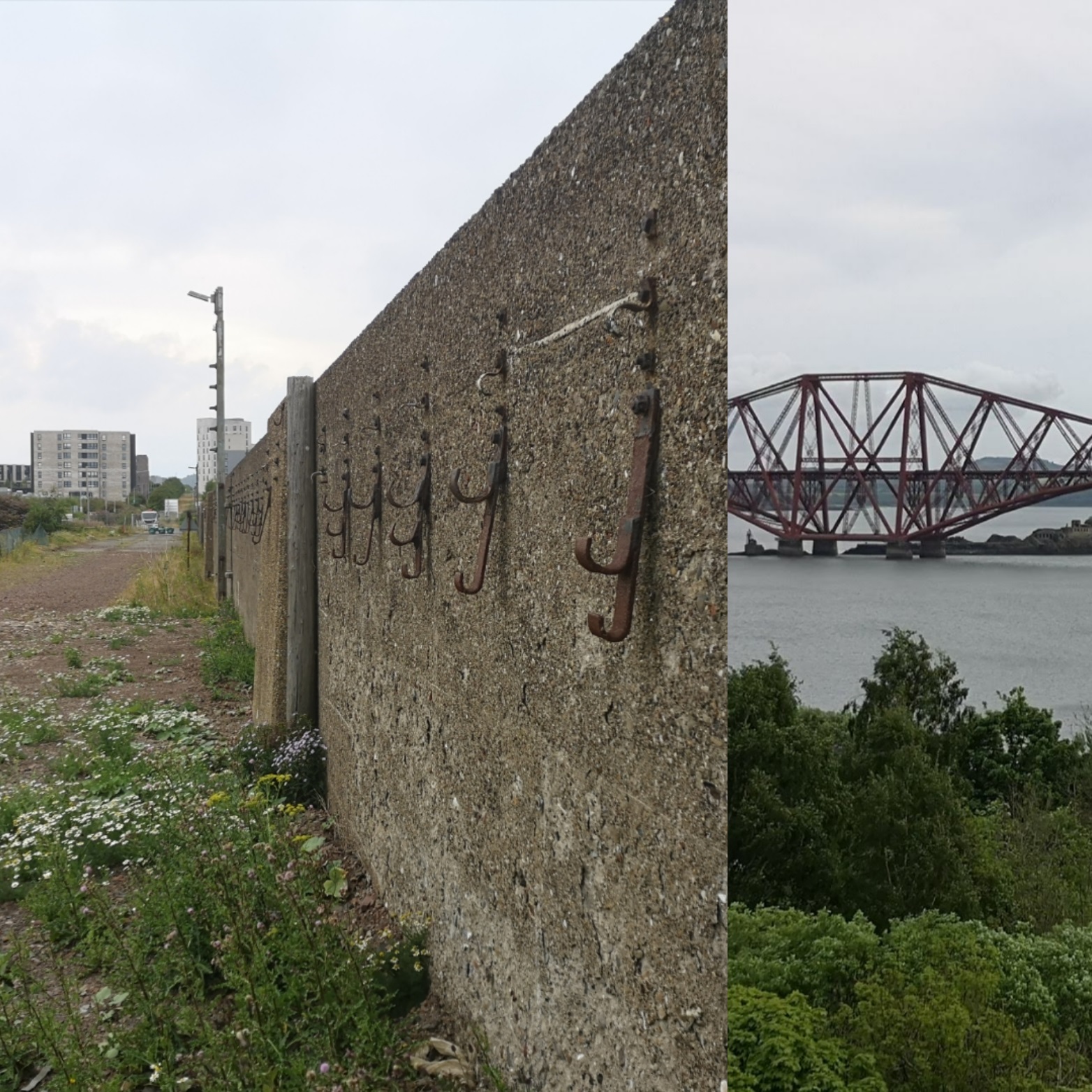 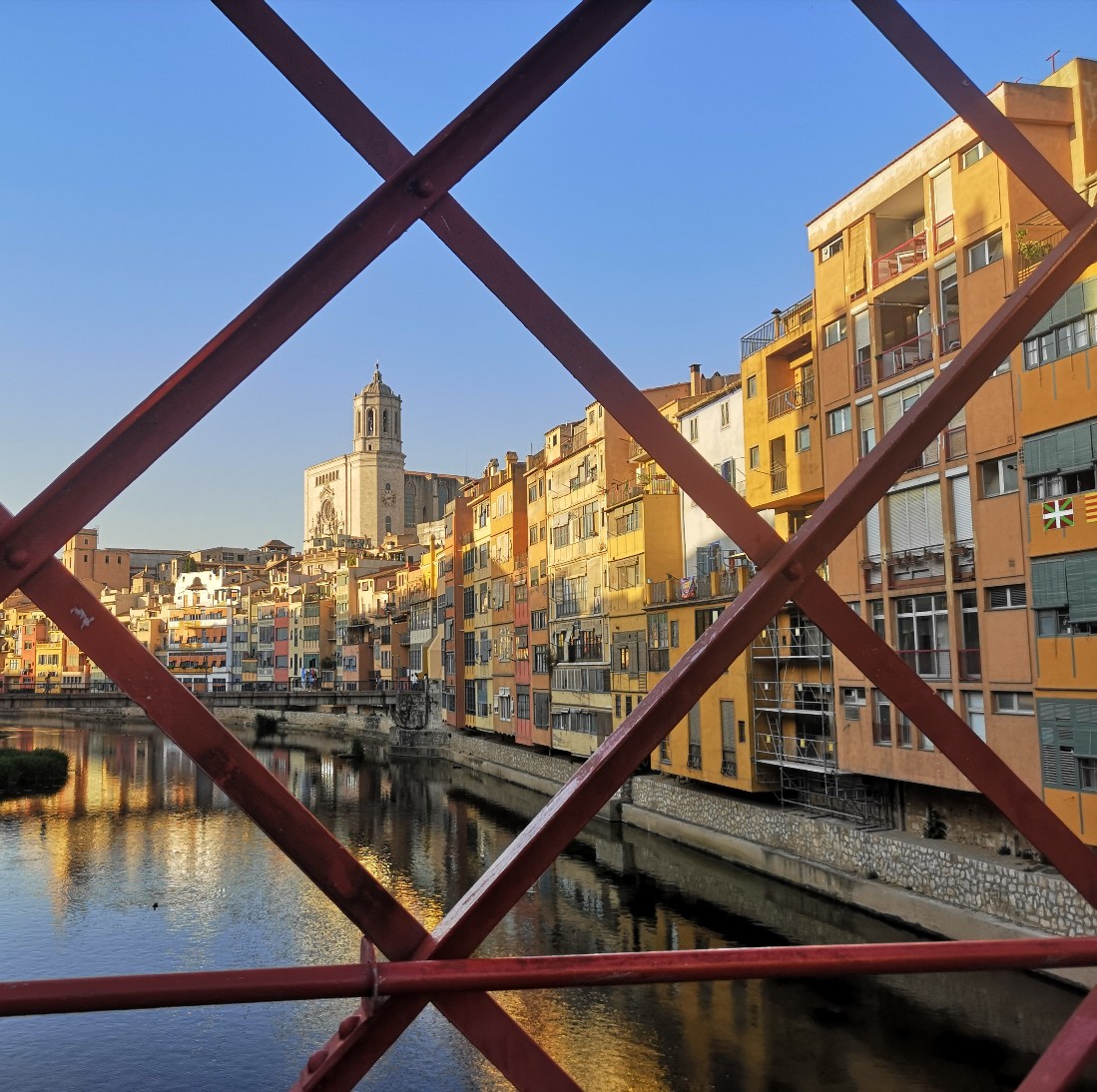 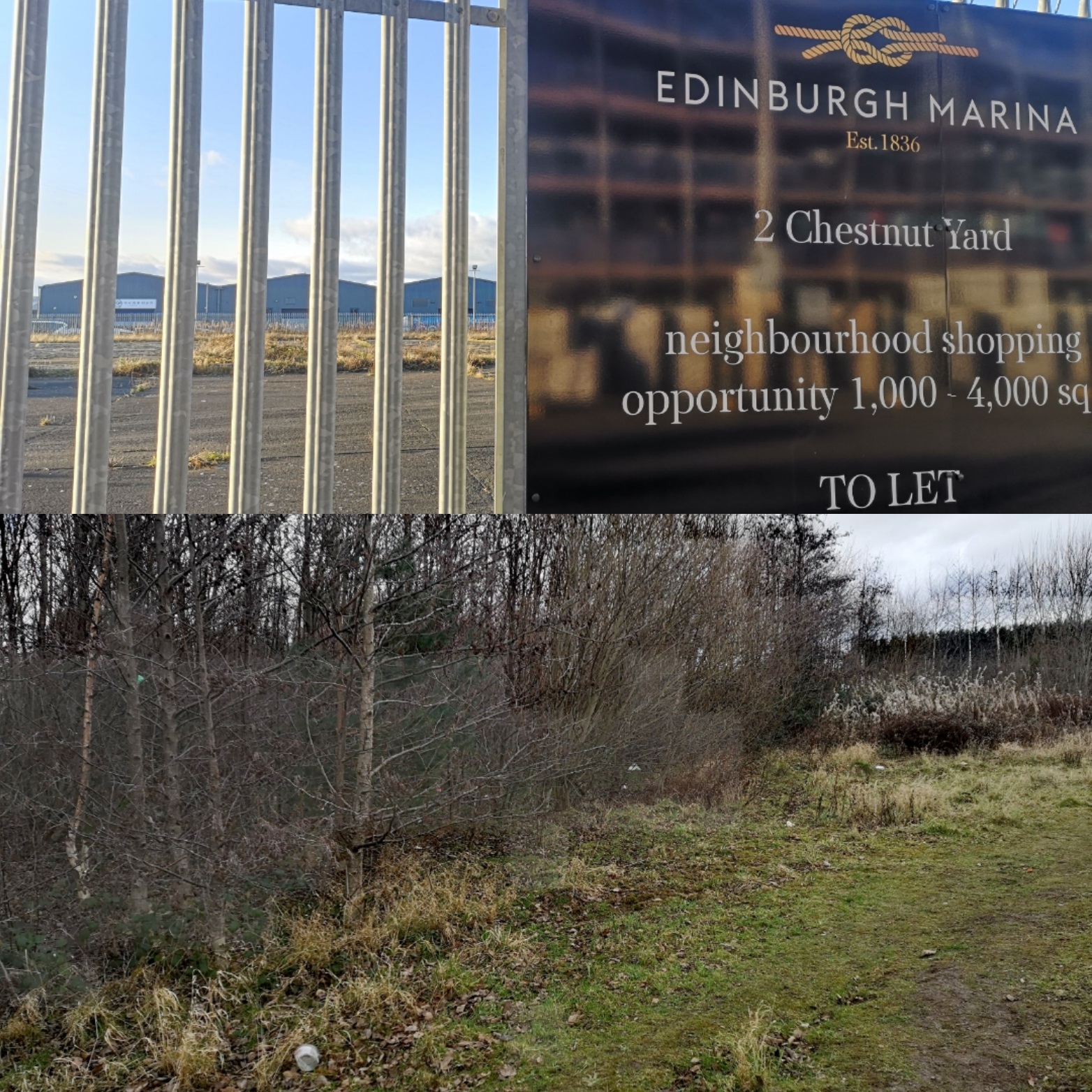