We leave the Priory Church close to 9am and walk through the residential streets and warehouse area on our way out of South Queensferry, getting a good sight of the bridges from the other side.

Today’s walk is in the area that is part of the Inner Forth Initiative, a collaboration between the RSPB (Royal Society for the Protection of Birds); Scottish Heritage; Central Scotland Green Network Trust; Clackmannanshire, Stirling and Falkirk Councils; Sustrans; and Historic Environment Scotland. It reaches from Stirling at the Forth’s head to the Bridges at South Queensferry and takes in both sides of the estuary with beacons and markers celebrating the area’s history, wildlife and culture, including the John Muir Way which we are walking and the Fife Coastal Path on the opposite shore.

As well as the beauty and interest of the area, the Forth has many industrial sites, and as we near Grangemouth (its heart?) in a few days time, we are also getting close to areas in which fossil fuels are processed, received and disseminated.

The Mossmoran NGL (natural gas liquids) processing facility is located on the opposite side of the Forth. Owned by Shell and ExxonMobil, the former were fined in 2013, 2014 and 2015, with complaints made and investigated every year between 2017 and now (information source here). The plant is part of the North Sea Brent oil and gas field system, and should not flare, but does regularly, paying fines every time it does. The Mossmoran Action Group campaigns for safer communities in the area. The BBC reported that “up to 13,800 tonnes of CO2 could have been emitted from a Fife chemical plant during October 2020 flaring, according to figures from the Scottish Environment Protection Agency (Sepa).” It continued, “The Scottish Greens say that is equivalent to 9,140 people taking a return flight from Glasgow to New York. The Mossmorran flaring lasted three days from 4 to 6 October. Fife Ethylene Plant operator ExxonMobil said it was committed to minimising carbon dioxide emissions. It was the fourth period of elevated flaring at the ExxonMobil plant in 2020. Sepa receives over 380 complaints of plant flaring and Environment officers probe chemical plant flaring. Green MSP Mark Ruskell said it would take up to 13,800 trees 100 years to offset the same amount of carbon. He said the climate impact of the flaring was “catastrophic” and he renewed calls for a transition plan for the plant.”

We are veering between the depressing state of affairs which is evident in the form of coastal erosion and continuing CO2 emissions to name only two; and the sense that we are doing something significant by walking in this way. We are raising awareness, walking for those who also want to combat the effects of climate change but cannot leave their work / caring responsibilities, and taking the time to learn as much as we can about the reality of the situation, our place within the natural order, and what we need to do in the future. Most of us are taking annual leave or unpaid time off, simply not earning (many are self-employed) because we believe that we are doing something worthwhile. There is a history of this type of peaceful activism, and walking is one of the least injurious modes of transport, giving us time to feel, think, and discuss.

As citizens of the Earth, we have a responsibility to participate. As citizens massed together, we have the power to affect change, and it is only on that scale that enough change can happen.

Rebecca Solnit in The Guardian

We followed the John Muir Way and Cycle Path 76 through the Hopetoun Estate (6,500 acres including the villages of Abercorn, Winchburgh and Newton) where the house is home to the Earl of Hopetoun and The Marquis of Linlithgow lives too. The public are allowed to traverse certain parts.

There is a cross from Lindisfarne (circa 7th century) and ancient burial monuments in the museum at the Abercorn Kirk. The chapel is said to have been the site of a monastery in 681, once the see of the Northumbrian King of the Picts. More information here, here and here.

Some random facts about the area:

After a long stop to dry off, we walk on through misty riverscapes, along grand avenues of still very green Beech trees, by Sycamores which are changing colour and showing their ochre, marigold and tangerine leaves. Small stems of Ash are strewn over the path, emerald on one side and a paler pistachio on the other.

Nurdles are plastic ‘buttons’, little beads that all plastics are made of and which are found all over the beaches in this area. There is more information here on nurdlehunt.org.

Along the Forth foreshore where the tide is out and the mudflats bleak, we walk to Blackness Castle, a 15th century fortress where Franco Zeferelli’s Hamlet was filmed. We have a wee seat and a cup of tea from our flasks just in time to avoid the rain. There’s a dovecot here, a 17th century pigeon house where the birds provided eggs and ‘fresh meat’ to the inhabitants.

We look across to Charlestown, owned originally by the Earl of Elgin. Site of 14 massive limekilns, now preserved Grade A listed, it was one of the hubs of industrial Fife, and shipped goods to the Baltic. More information here on Fife Photos and Art.

Through the late C18 and C19, the kilns were part of a major industrial complex of the time, including coal mining, ironworking and salt extraction. Coal and limestone were brought in from the local quarries, also on the Earl’s estate. The adjacent harbour was as well built by the Earl and used for transporting the lime products, limestone and importantly coal.

Just west of Charlestown are the three Crombie gantry cranes, easily seen from where we are. They are part of the Armament Royal Navy Ordnance Depot.

We go near to the site of The Roman Antonine Wall (named after Antoninus Pius) which protected the province of Britainnia from the Caledonian tribes. It starts in Carriden near Bo’ness and runs westwards to West Kilpatrick on the Clyde (Glasgow). With 37 miles of ramparts (20 feet high), ditches (20 feet deep), roads, and approximately 20 forts, it was occupied for over 25 years. More information here (BBC).

The next day Ian tells us about the Carriden (Karedyn) Estate. 900 Years ago, the monks from Holyrood Abbey were granted a tithe, the right to collect a tenth of the coal from there, around the year 1200. The property went over to the Cockburn family in 1330.

The Corbie Inn has a replica of a sandstone slab recording the Roman army’s building work on the easternmost part of the Antonine Wall, Bridgeness, West Lothian, 142 – 143 AD. There is a dedication to their Emperor, and the original is in the National Museum of Scotland.

Salt and coal, trade and taxes once made the Bo’ness rich, but the pits and mine shafts are now quiet.

Oh, it is one steep climb up School Brae to St Catharine’s Episcopalian Church where we were spending the night at the end of a good day’s walking! There we are given another lovely meal – thank you.

Though some complain now that no-one has any reason to go to Bo’ness, in fact we find it a lively place with an Art Deco cinema, the Hippodrome, and an acclaimed, annual Silent Film Festival. A film had been arranged for us to see there later.

The film, in collaboration with Take One Action, is Anote’s Ark. Made in 2018 by director Matthieu Rytz, it tells of the impact of climate change on the island of Kiribati, found where the international dateline meets the equator. It is anticipated that Kiribati will entirely disappear as sea levels rise. Anote Tong is the former president and he has repeatedly lobbied the international community to do something. It is a chastening watch and our mood is subdued as we go to sleep.

Pilgrimage for COP26 – Bo’ness to Falkirk 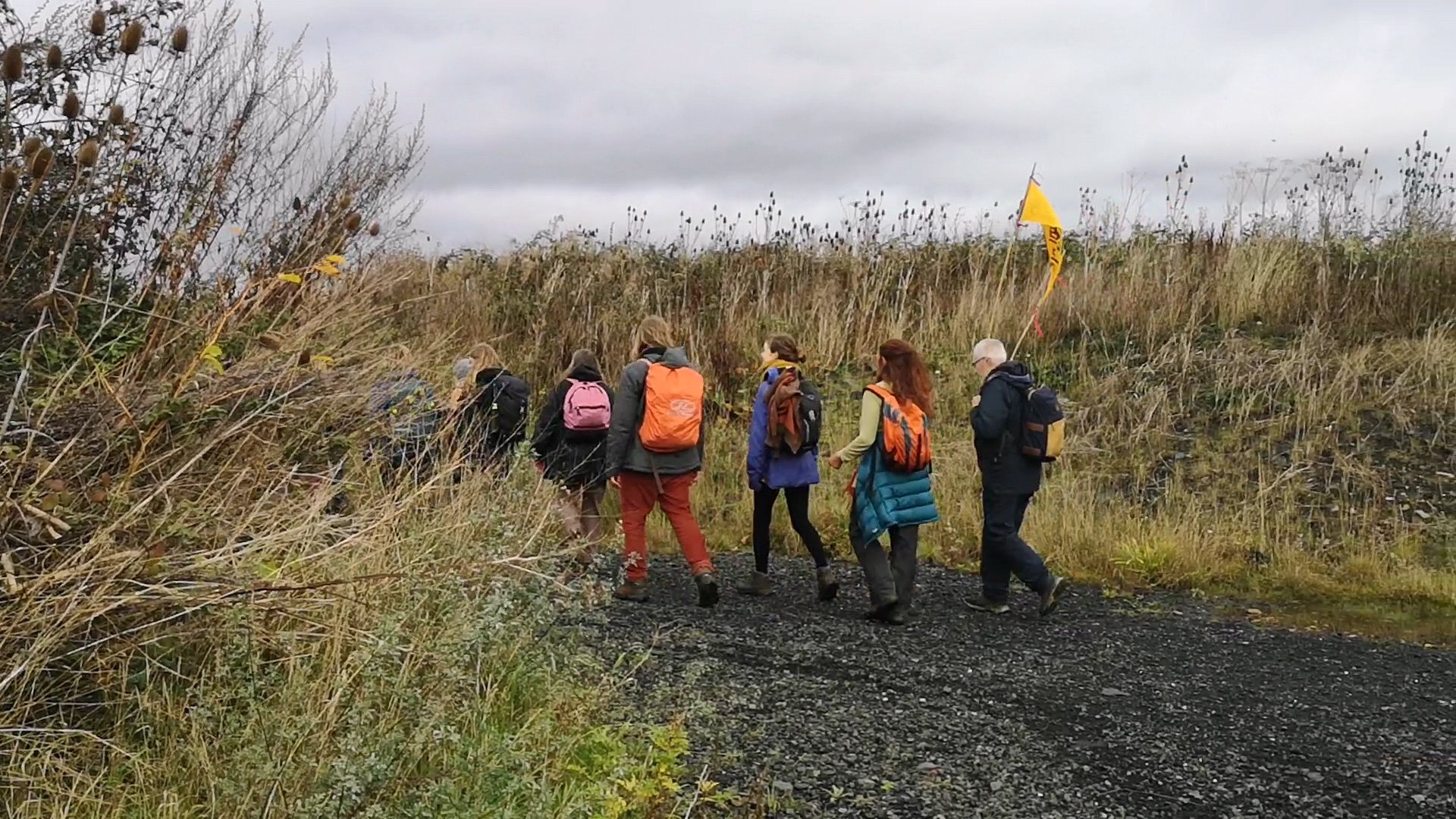 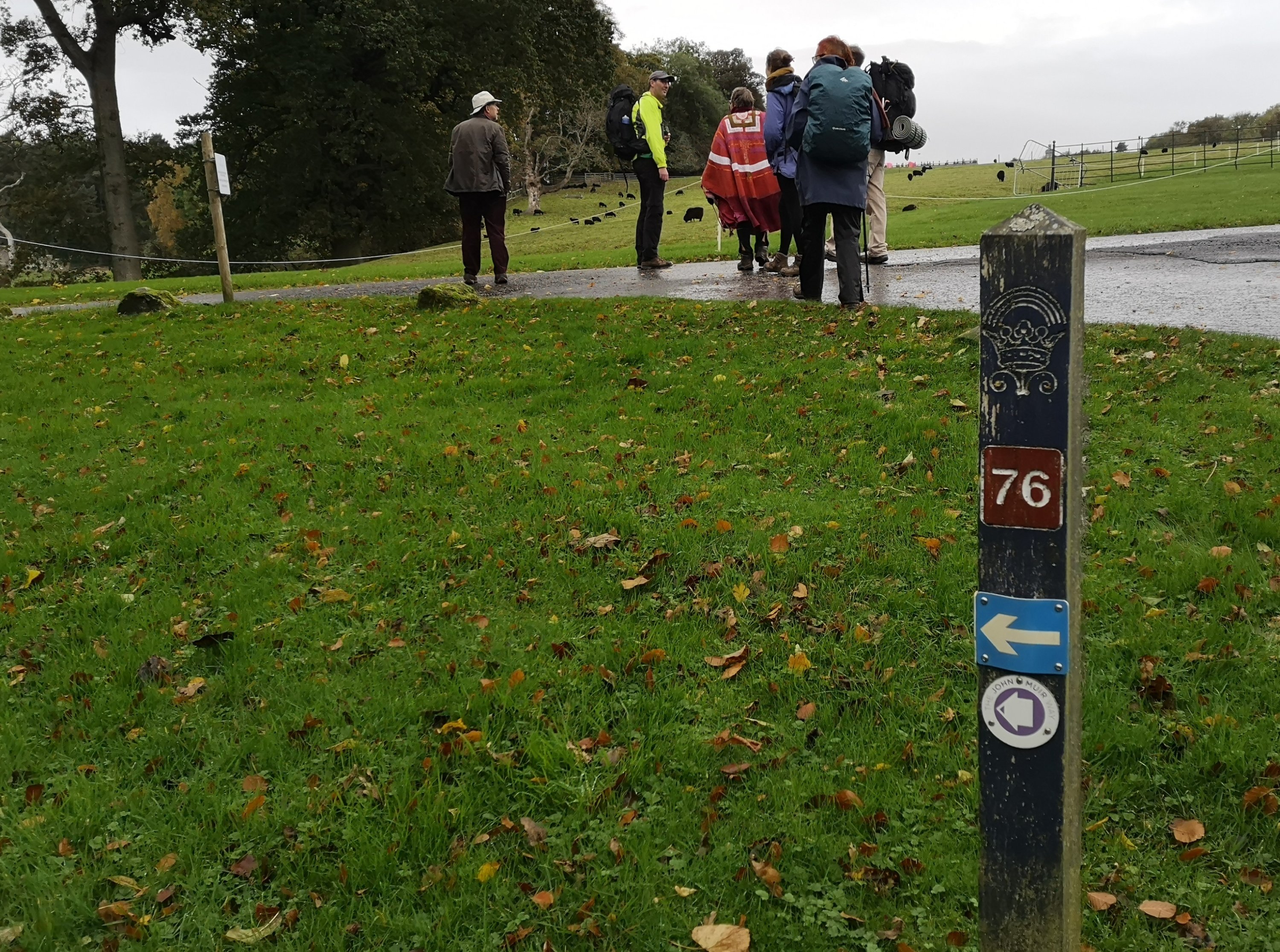 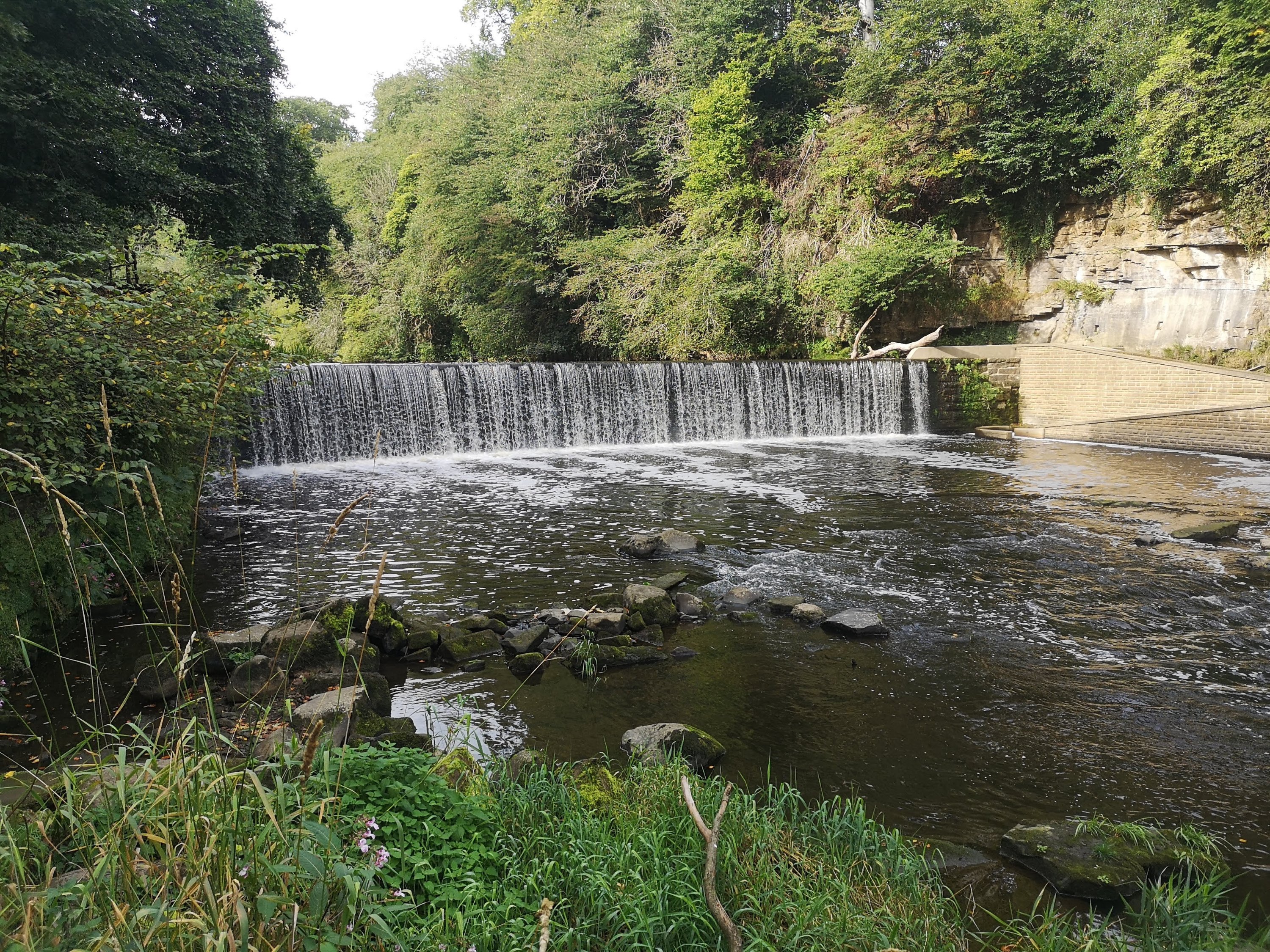 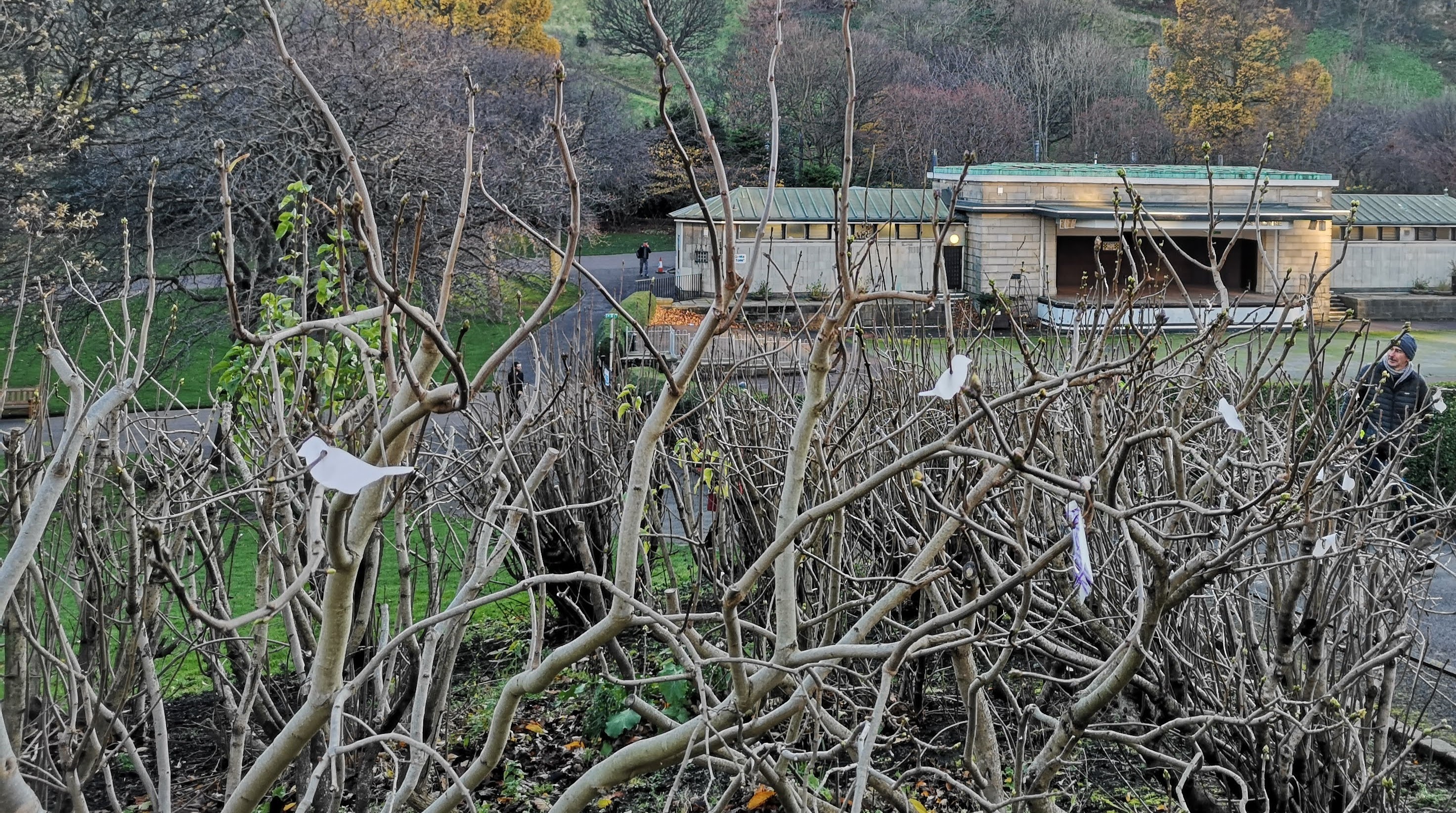 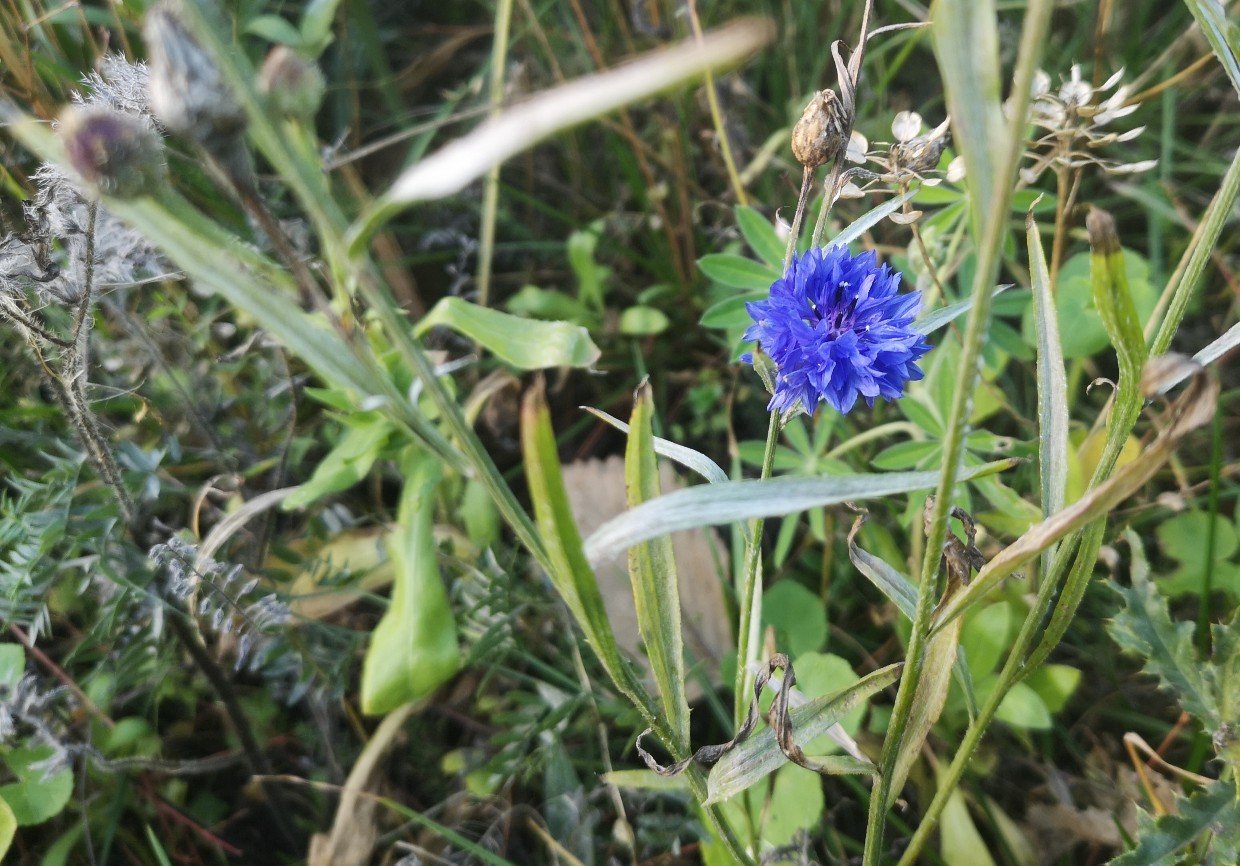